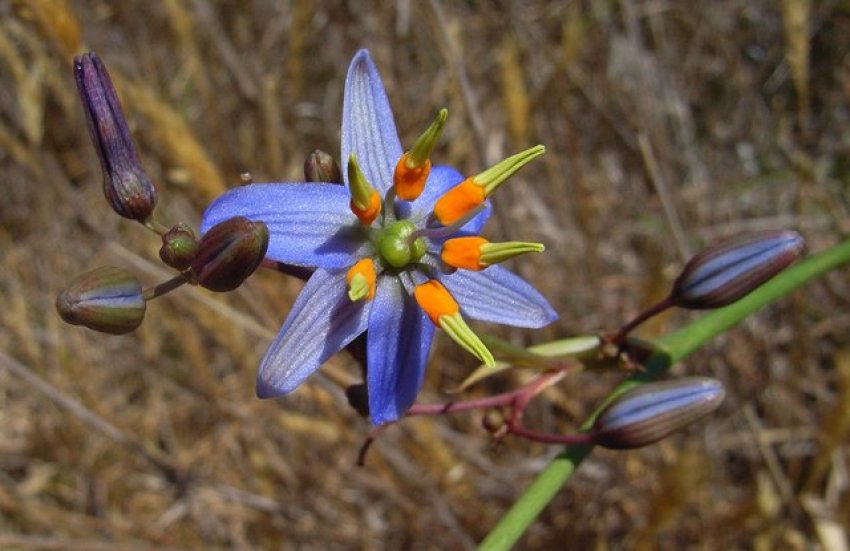 Deane said that around 26,000 trees will be chopped down and that some 180 large indigenous trees greater than 80 centimetres in diameter will be lost. These larger trees contain hollows and are important wildlife habitat. Thousands of smaller indigenous trees will also be destroyed.

Included in this destruction will be the endangered Studley Park Gum, a rare natural hybrid between the River Red Gum and a Swamp Gum. The Simpson Barracks in the north eastern suburb of Watsonia contains the largest and probably last viable population of this species. This is likely to be eliminated by the construction of the North East Link.

The Simpson Barracks also has one of the largest known populations of the small blue Matted Lax-lily, an endangered species. Its estimated plant population is between 1400-2500 and 83 of these are within the North East Link Project (NELP) area.

There are an additional 12 plants elsewhere in the NELP area. The habitat supporting these rare lilies will also be destroyed. The lilies themselves will be removed with the aim of replanting them at an as-yet-undetermined site, but with the loss of their habitat, their future is uncertain.

The Banyule municipality and surrounding area provides habitat over winter for the critically endangered swift parrot, a beautiful, bright green bird that spends summer in Tasmania.

It is believed that less than 2000 birds still exist in the wild. It needs a choice of habitat to cope with seasonal variation in foraging opportunities. However, tree clearing in NELP will be a major contributor to the cumulative loss of indigenous tree cover, that is reducing local foraging opportunities for the swift parrot.

The area is also home to the powerful owl, another threatened species. The powerful owl is an apex predator that eats possums and requires a large territory. The North East Link Project will impact upon its hunting and breeding territory and will reduce the chance of this species being able to persist in the area.

Residents and environmentalists are concerned that the environmental assessments have been incomplete and superficial. Furthermore, the poorly defined and inadequate mitigation strategies that have been planned do not properly compensate for the damage that will be caused.

While the bushfires at the start of the year killed nearly 3 billion animals – mammals, reptiles, birds, and frogs — the Worldwide Fund for Nature estimates that tree clearing killed 87 million animals in New South Wales alone between 1998 and 2015, and this figure is rising.

If we want to preserve the uniqueness and beauty of our environment we have to stop tree clearing and projects which destroy it. Preserving the environment is necessary to stop global warming. NELP will not solve transport congestion, public transport will.

Following the award of a $11.1 billion contract for the North East Link tunnels, the project has begun a recruitment drive for a range of

Getting on with the North East Link

After years of planning and consultation with the community, work is progressing on building the missing link in Melbourne’s freeway network. Scheduled for completion in

The $11.1 billion Public Private Partnership contract for Victoria’s North East Link Project has been awarded, alongside news that the tunnels will be 1.9km longer

The option was backed by the opposition and a government-appointed independent advisory council examining the project, but it was rejected by Planning Minister Richard Wynne

The latest on the North East Link

Melbourne’s North East Link is set to reduce travel times between Melbourne’s north and south east by up to 35 minutes, and take 15,000 trucks